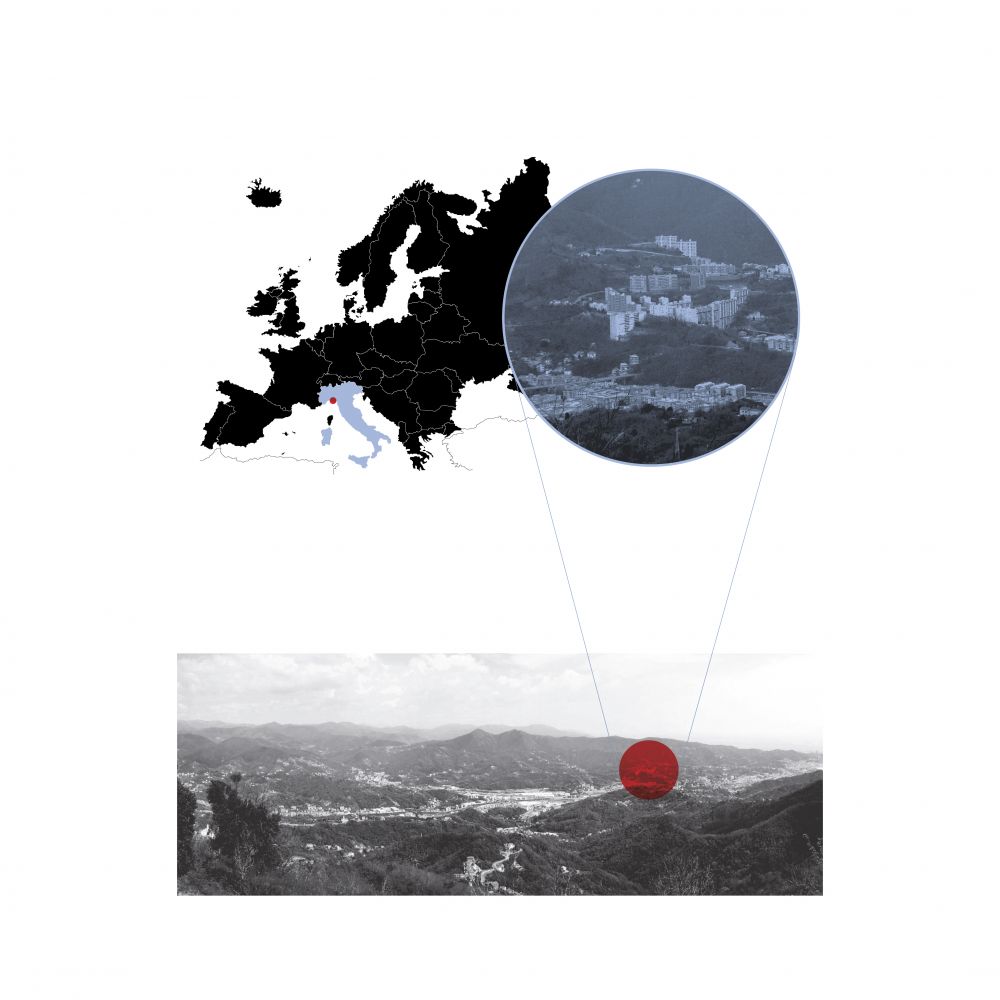 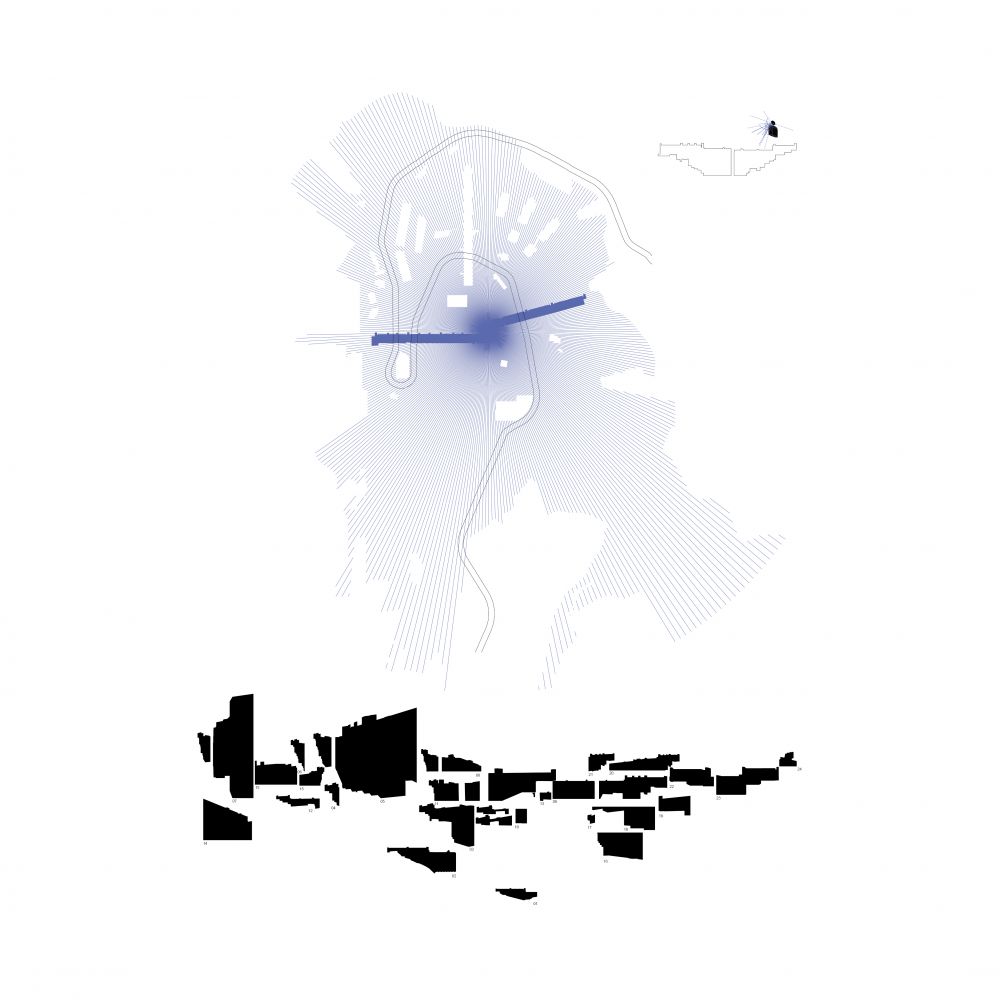 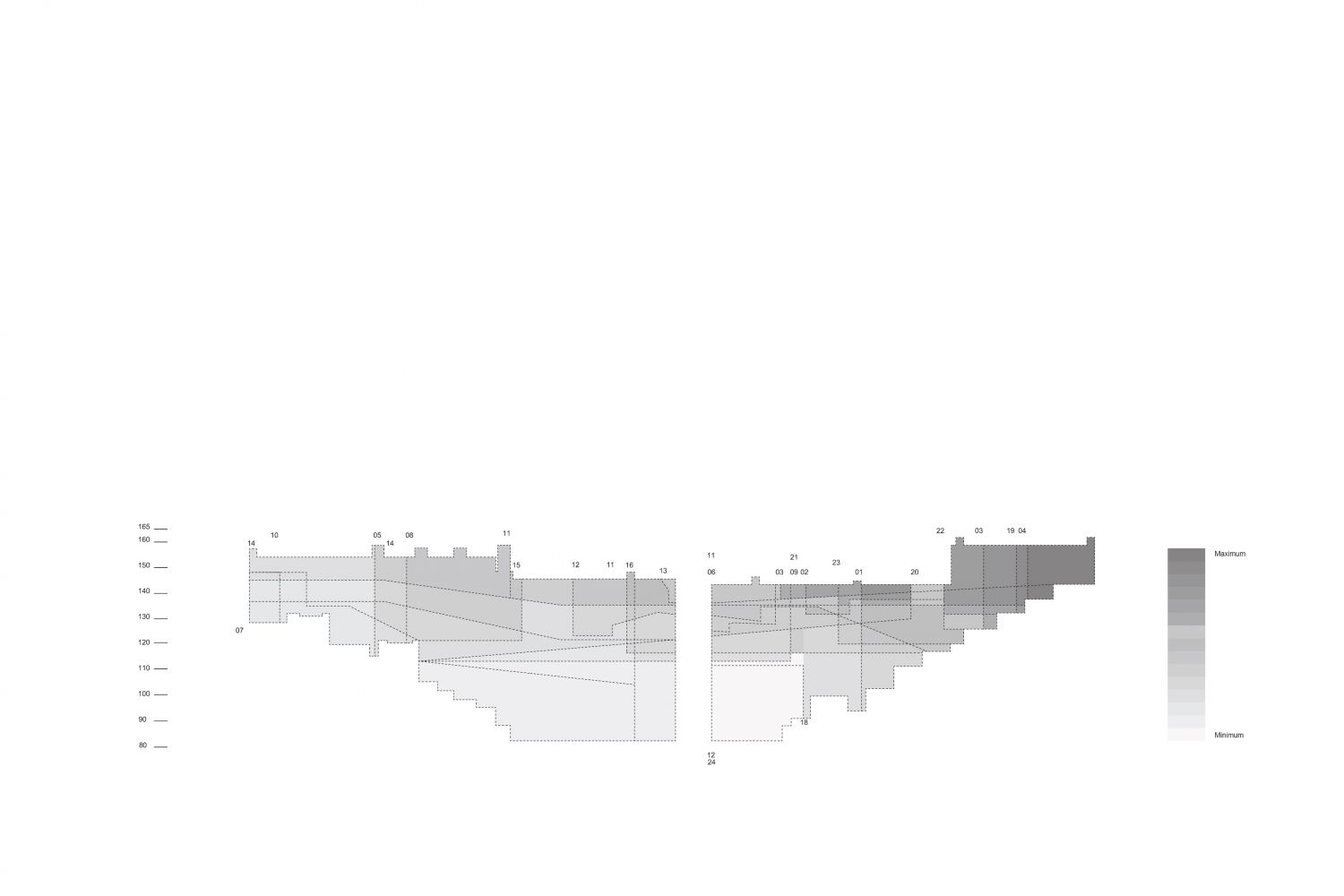 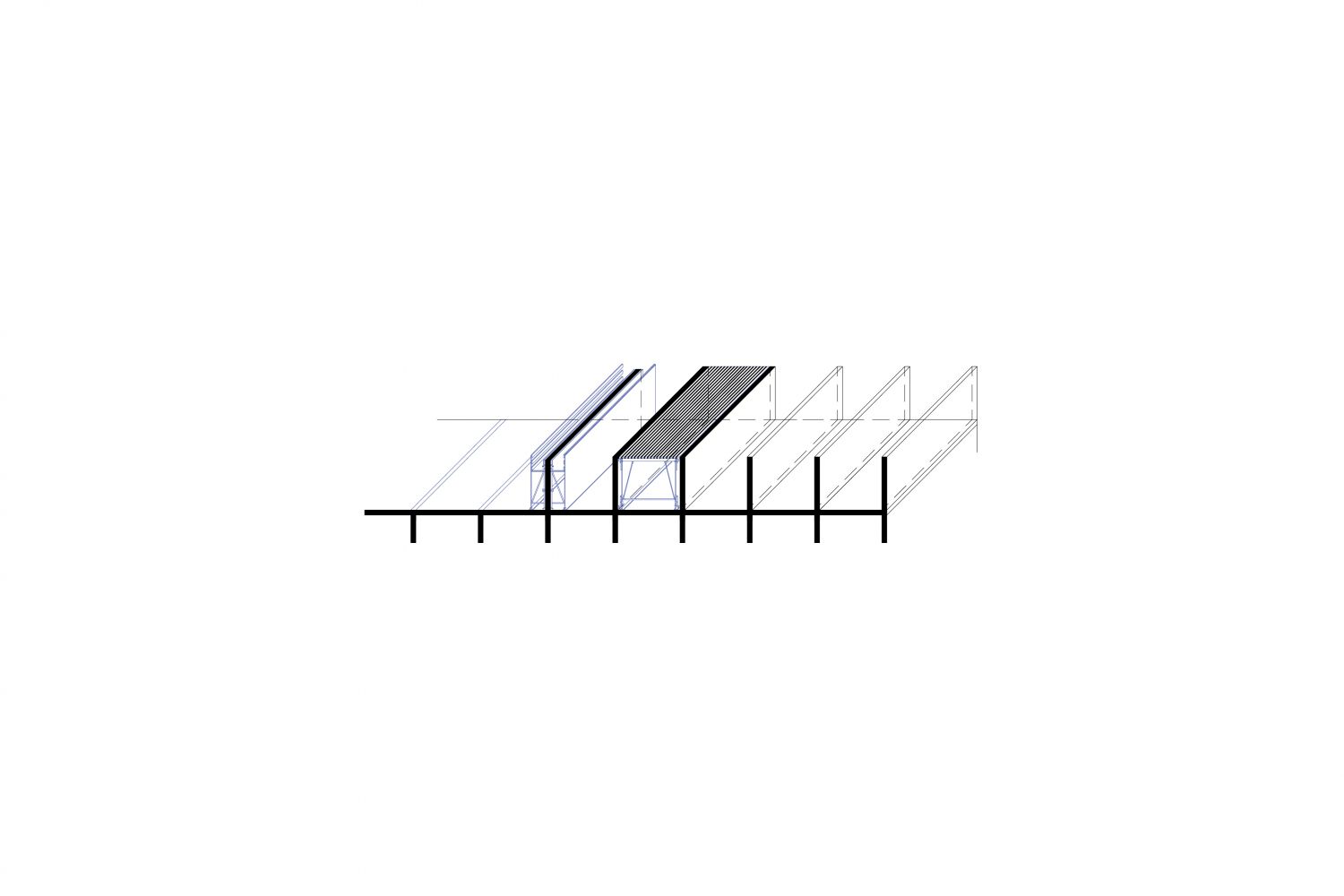 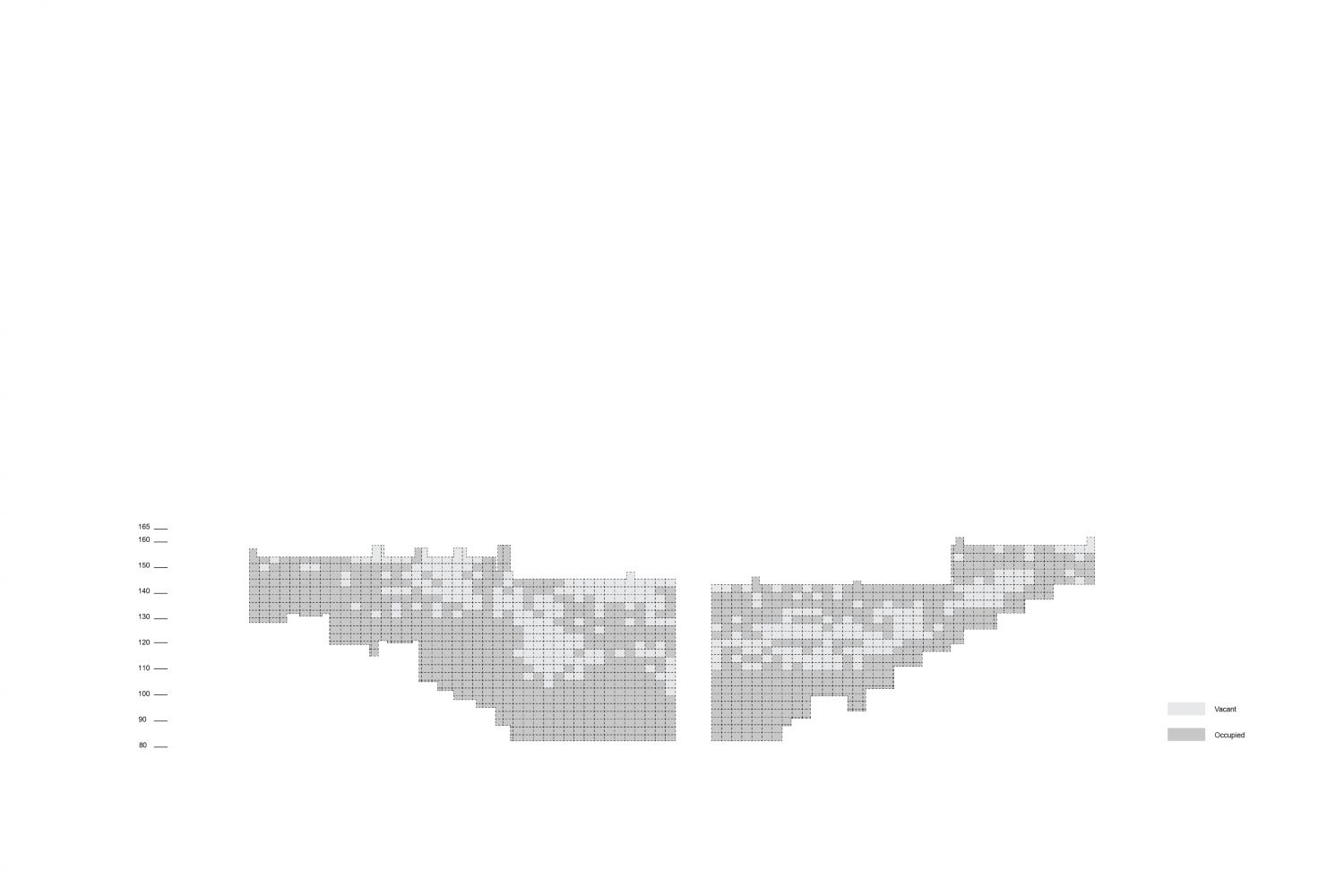 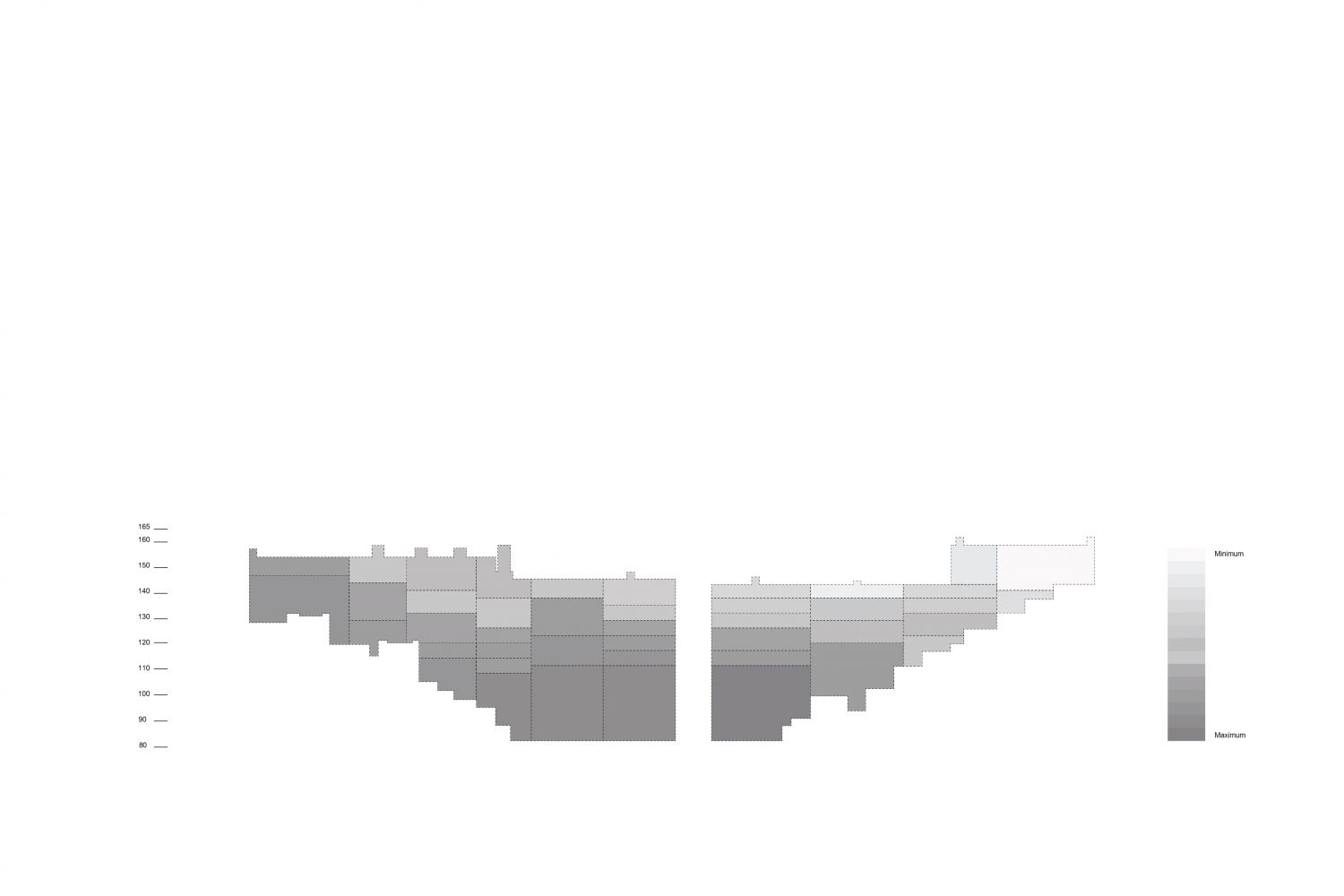 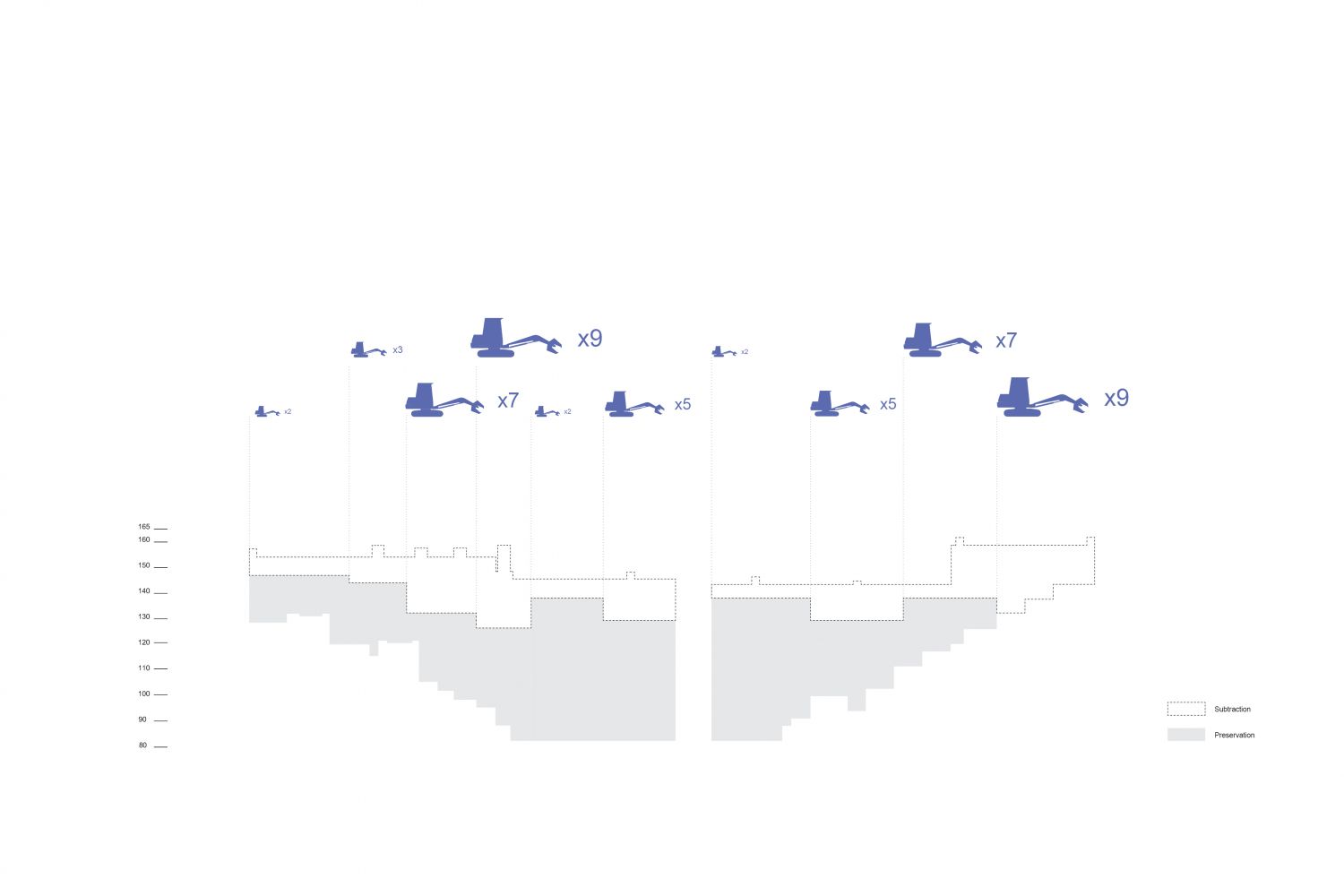 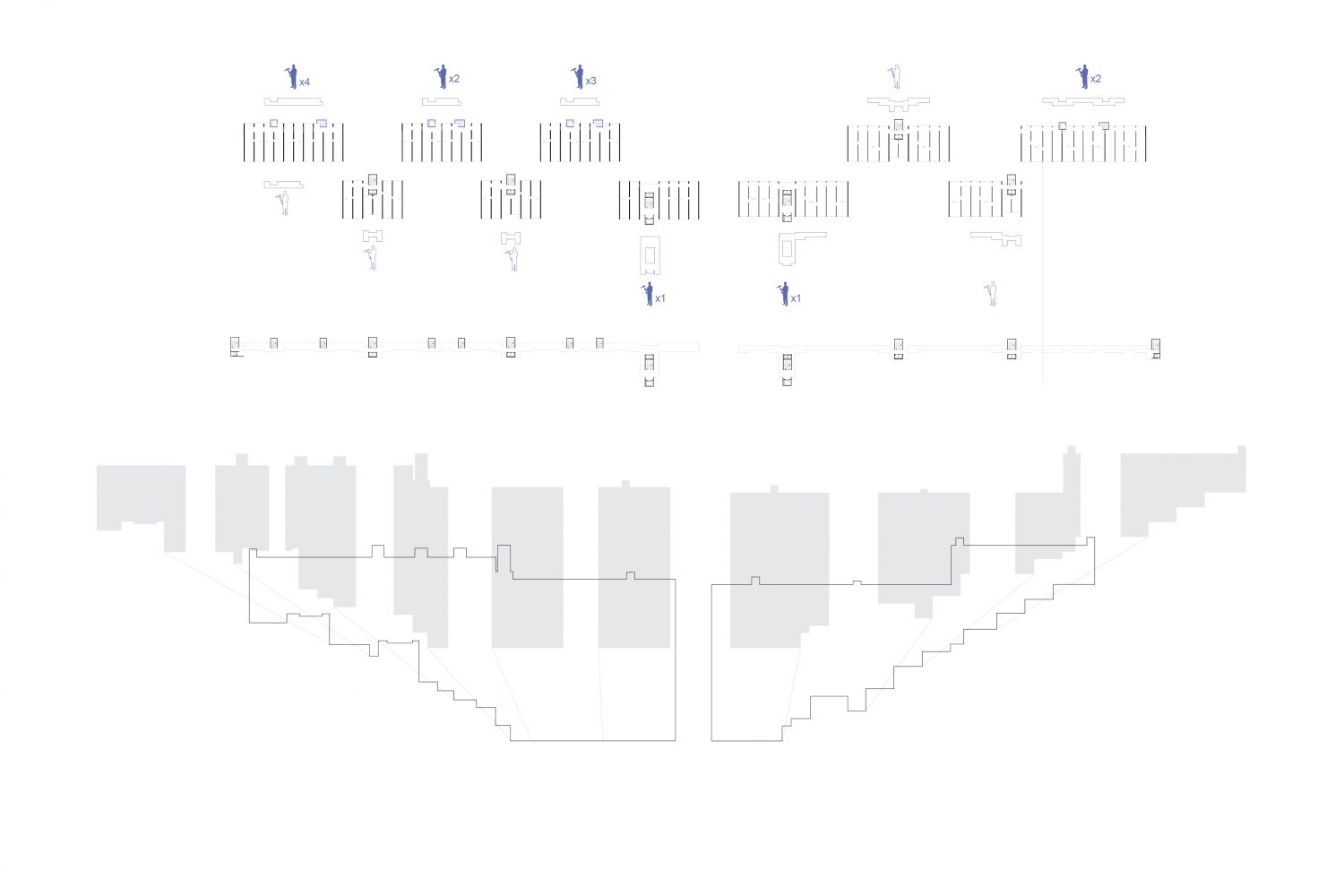 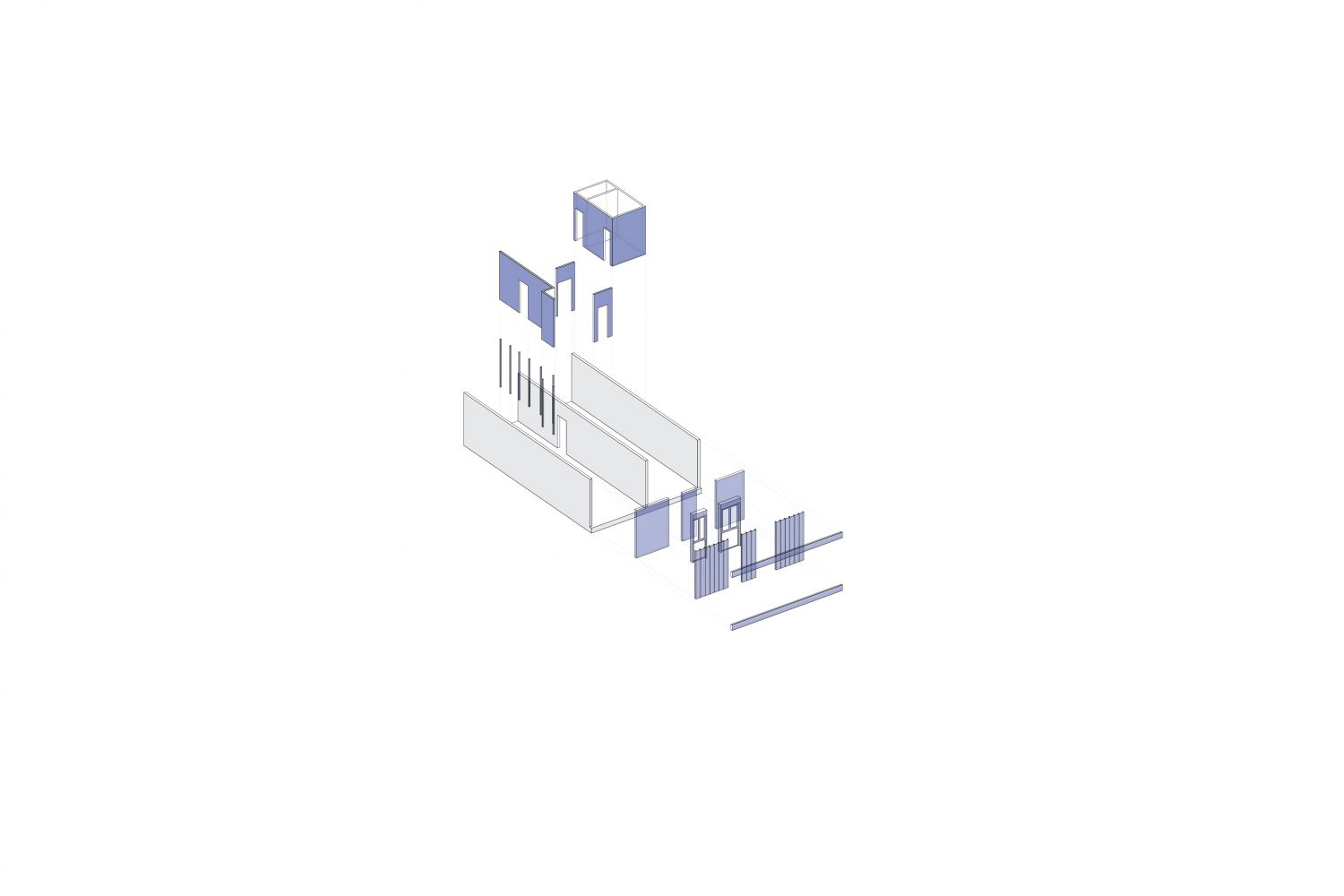 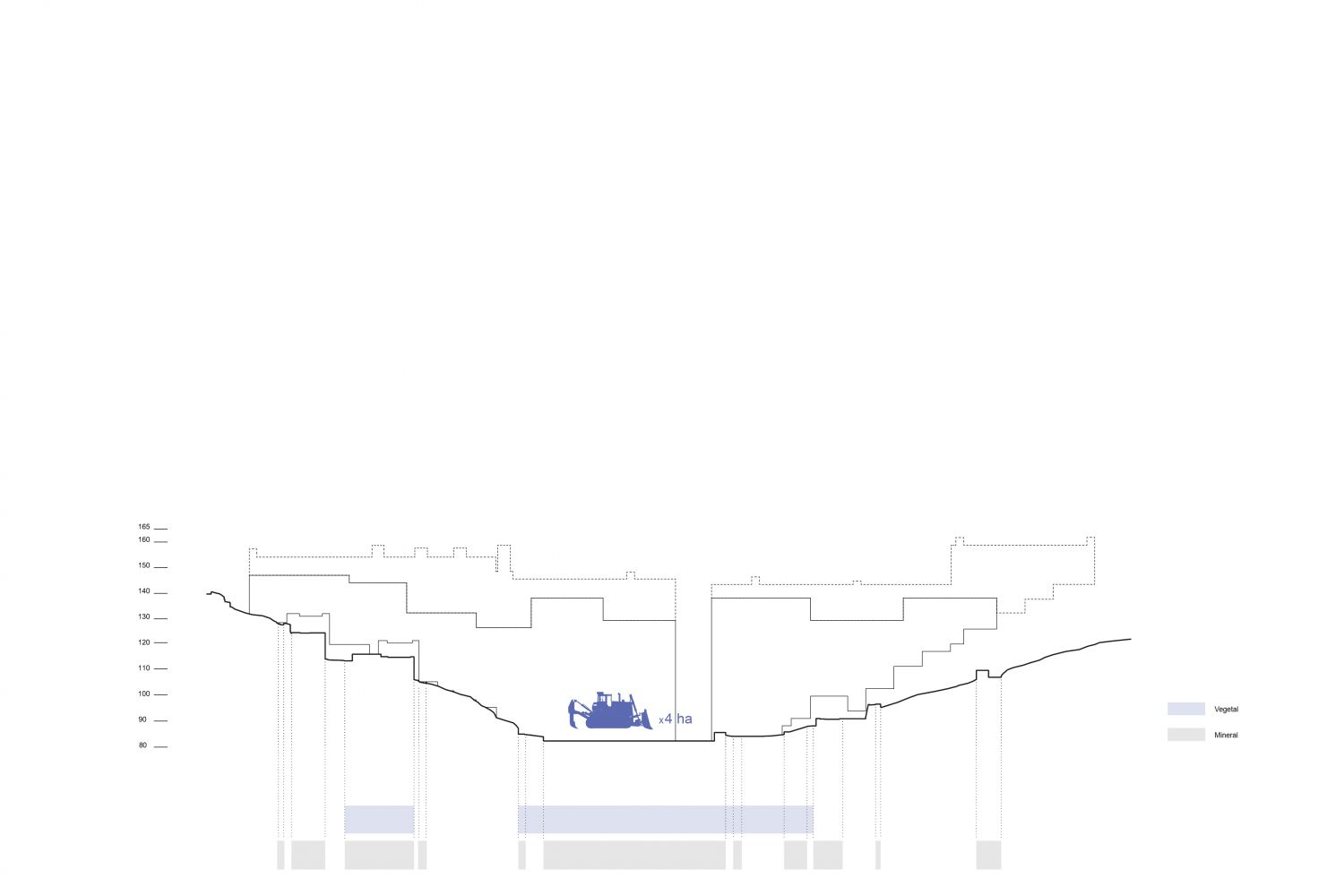 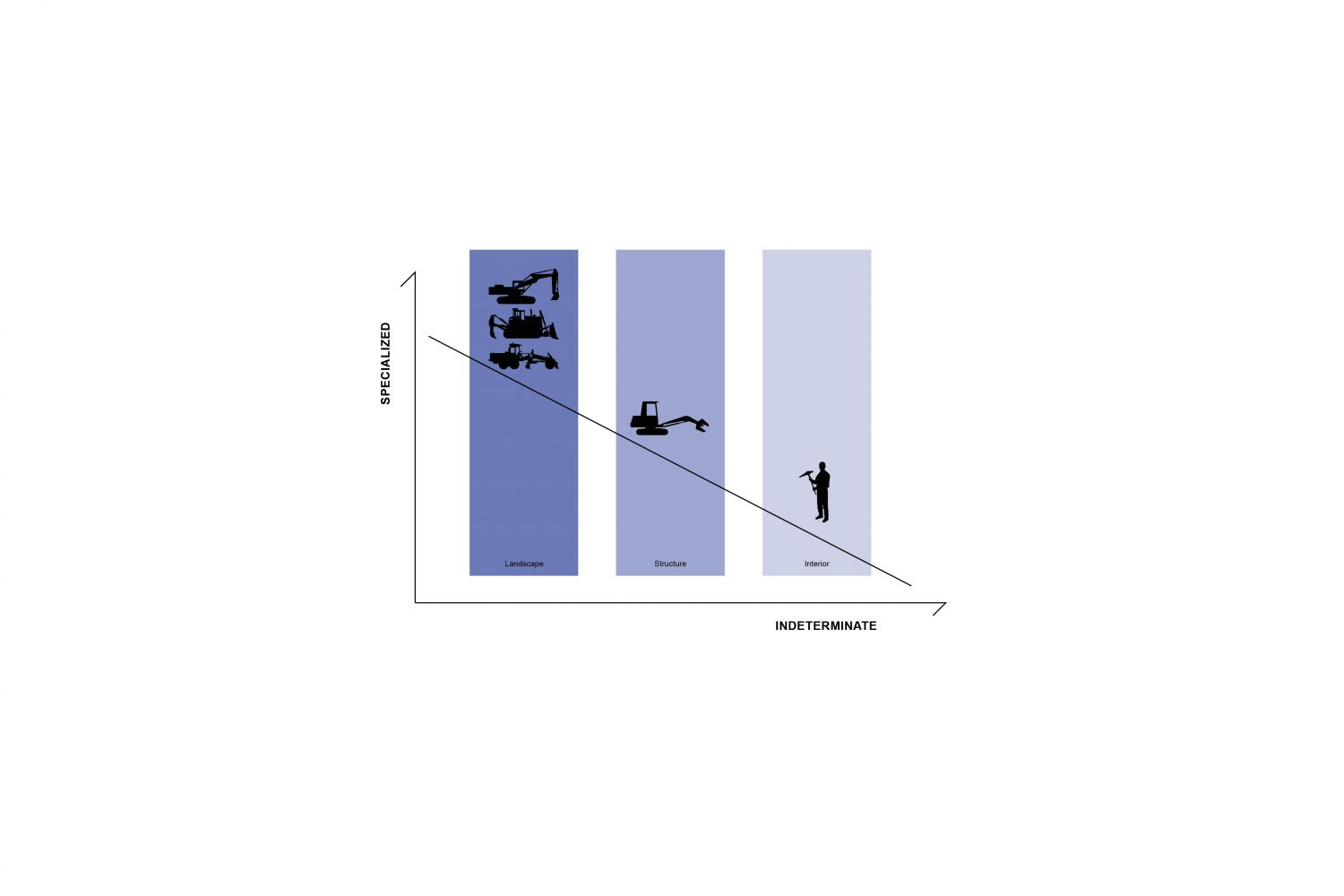 "Demolition is the action carried out when architecture is worth less than the space it occupies."
cfr. Manuel Gausa et al., The Metapolis Dictionary of Advanced Architecture, Barcelona 2003

CONTROVERSY
Diga -dam in Italian- is more than a building, it is a piece of infrastructure: it works at a landscape scale; it drained its natural context; it generated a specific type of urbanisation; it engendered its own population. Diga is an unstable landmark: it provokes a mixture of fascination and mystification. Diga marked the collective imaginary as a negative icon, hence the recurring idea of its destruction: its erasure is a desperate attempt to re-found the failed city, by removing the physical and political object of controversy. We refuse this idea.

PROLOGUE
Rather than being razed and rebuilt, with the concomitant waste of resources and baleful impact on the environment, the blocks are refurbished. A series of subtractions at three different scales reorganise, modify and, ironically, complete the relations between the parts. We opt for incompleteness: rather than realising a definitive solution, we raise questions and structure the potential. Our protocol is a formless tool.

ACT1
At the building scale, the mass of the Diga is seen as a problem: its foreshortened perception obstructs the visual field. By rendering the recurrence of building parts that interfere with the views, we define a system that ranks areas of punctual subtraction, thus creating a gradient of visual permeability. The structure is analysed to identify the possible geometry of demolition. The dilatation joints break down the seemingly solid construction in several independent sections. The vacancy and he status of properties quantify the amount of spaces to take down.

ACT2
Inside the Diga, the minimum dimensions of the units and the redundancy of underused circulation limit the course of life. The understanding of the construction method clarifies the distinction between ‘staged’ and ‘built’ architecture. A set of permutations on wall demolition explore the spatial potential of the structure as lived from the inside.

ACT3
At the landscape scale, the planned parking between the buildings has been forgotten and abandoned. Un-earthing is an act of sabotage against the normative space; the new potential is exhumed from under the unused asphalt. The exposed earth fosters a new relationship between the valley and the void generated by the Diga: it restores the sensorial experience through time (seasons) and space (contrasting materiality); it enhances the possibility to appropriate and change this indefinite space.

EPILOGUE
Together these parameters provide the tools for a selective and precise demolition that change the image and the imaginary of the building. The practice of dismemberment requires a carefully premeditated strategy that balance ‘use value’ and disinvestment. This protocol can repeat itself until a form of stabilisation between material obsolescence, collective memories, economic and social capital is found; or until the architecture disappears.