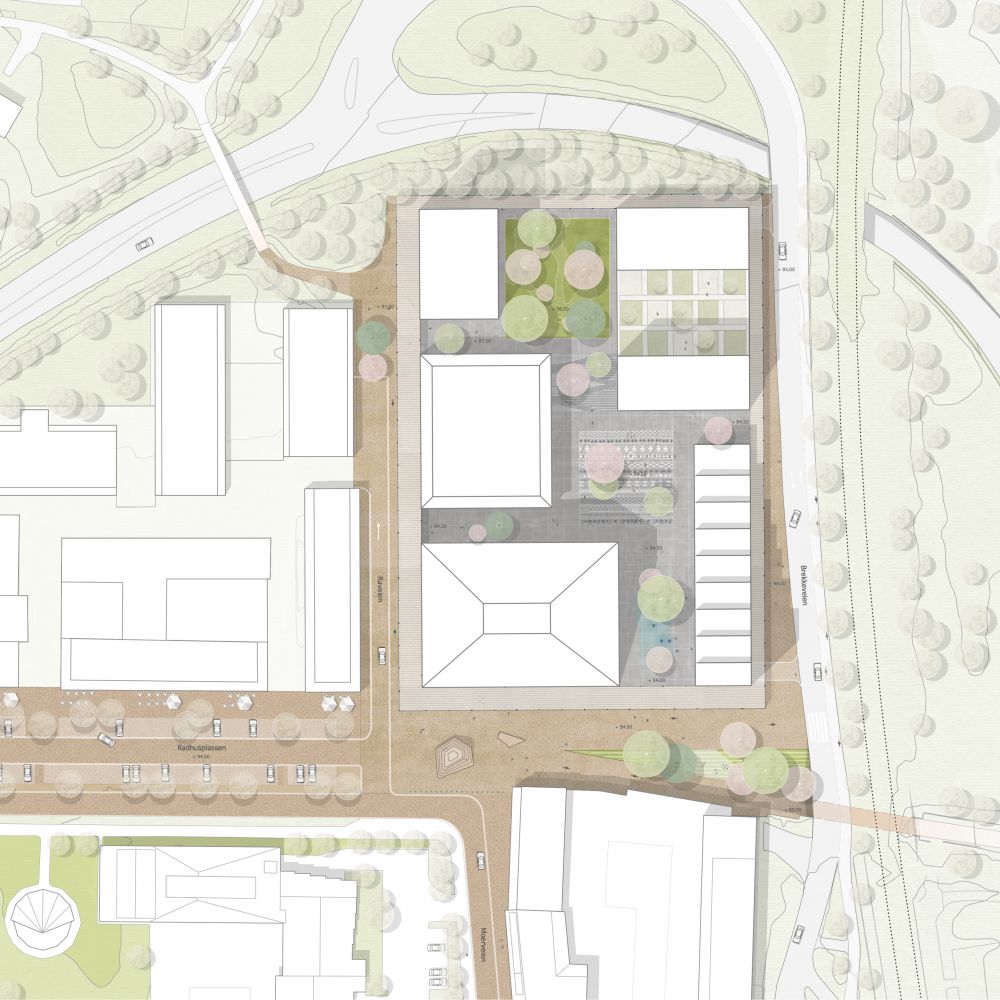 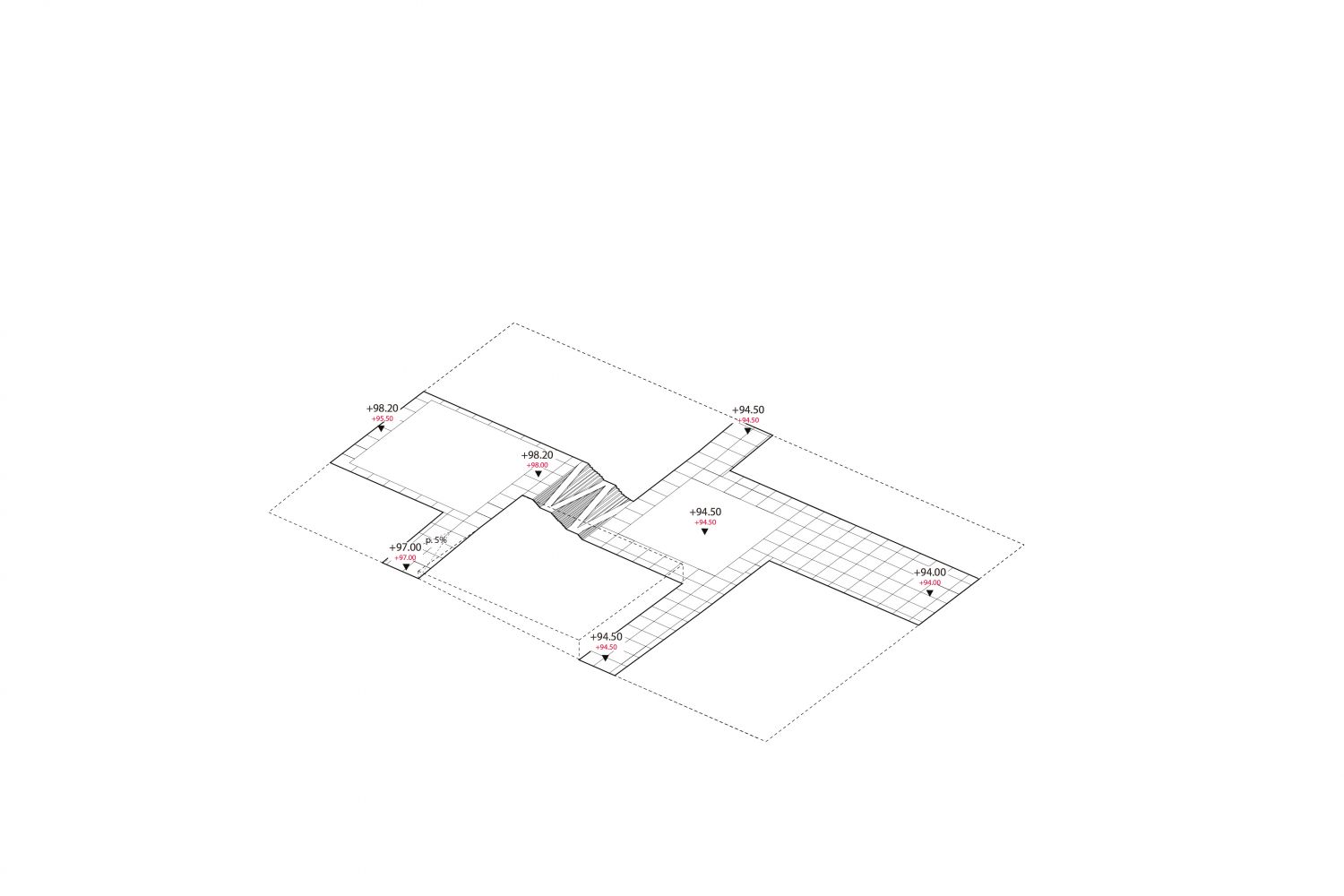 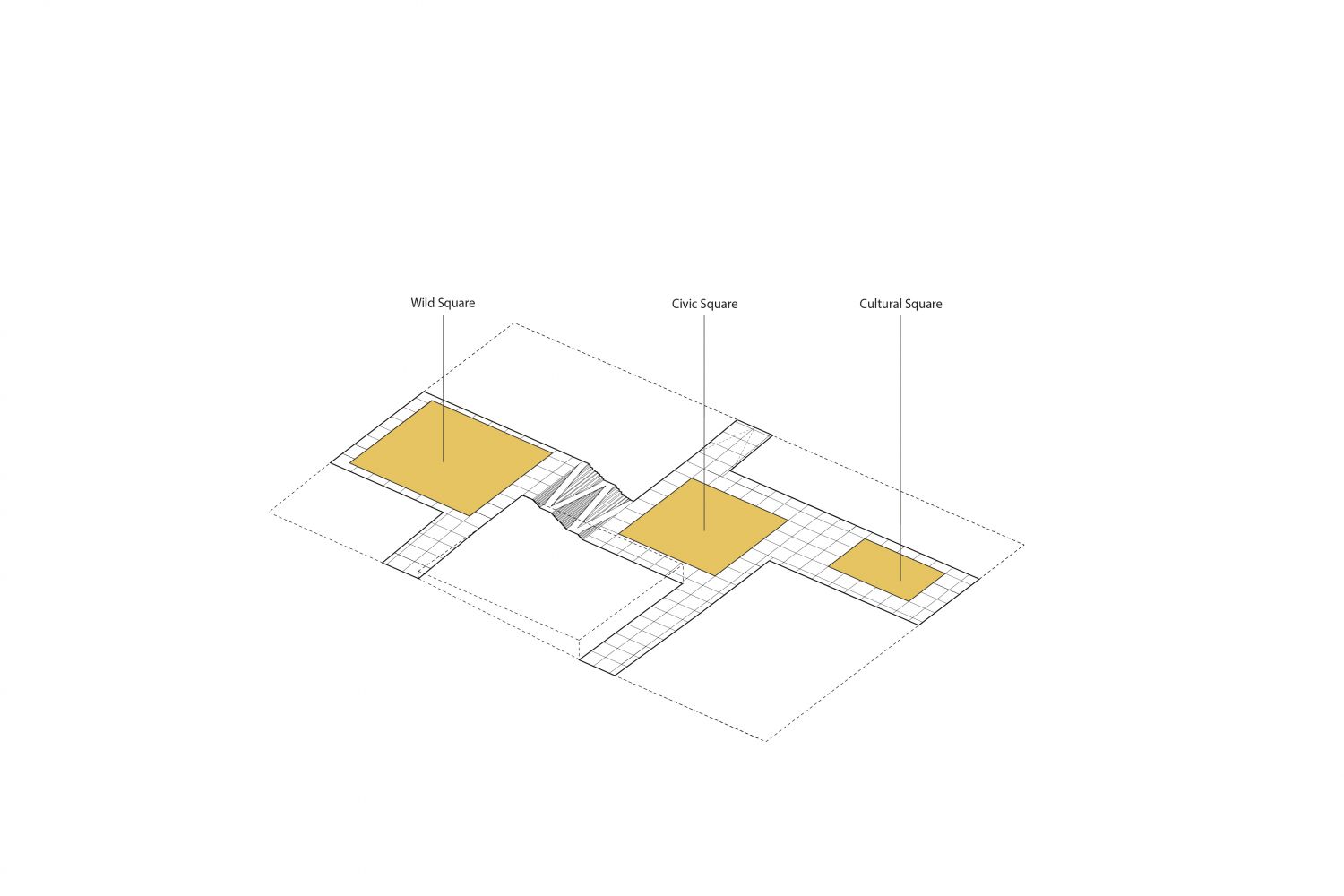 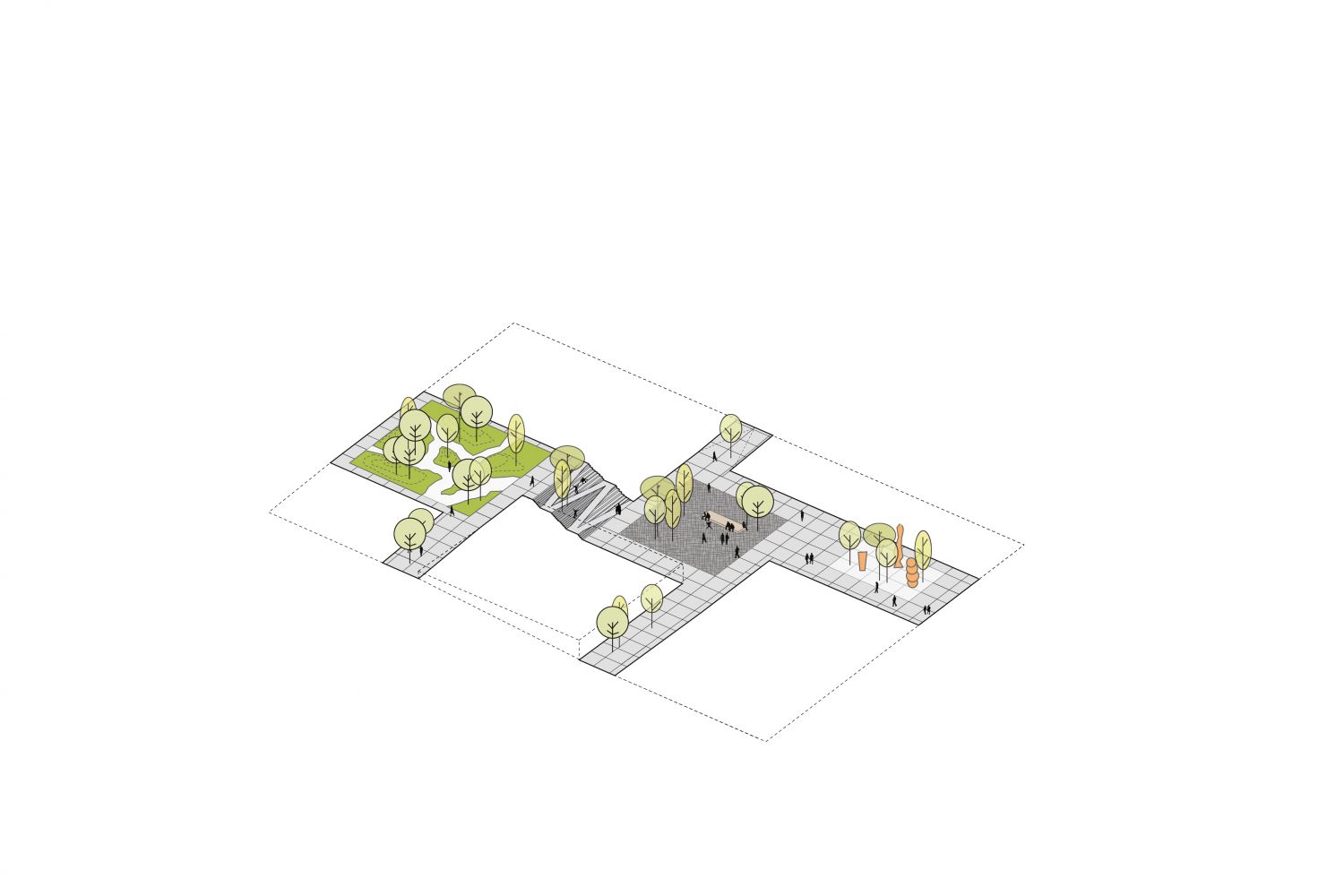 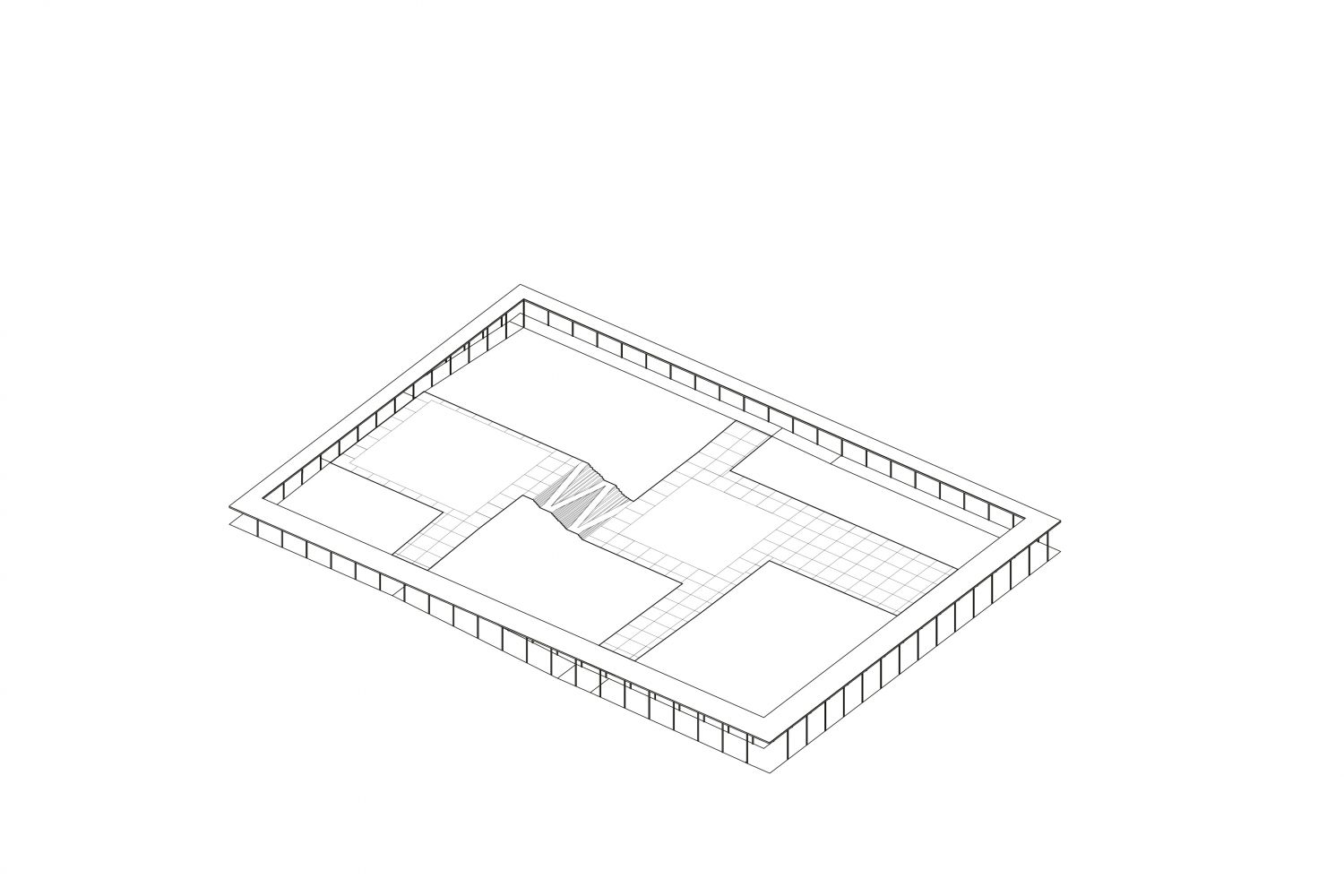 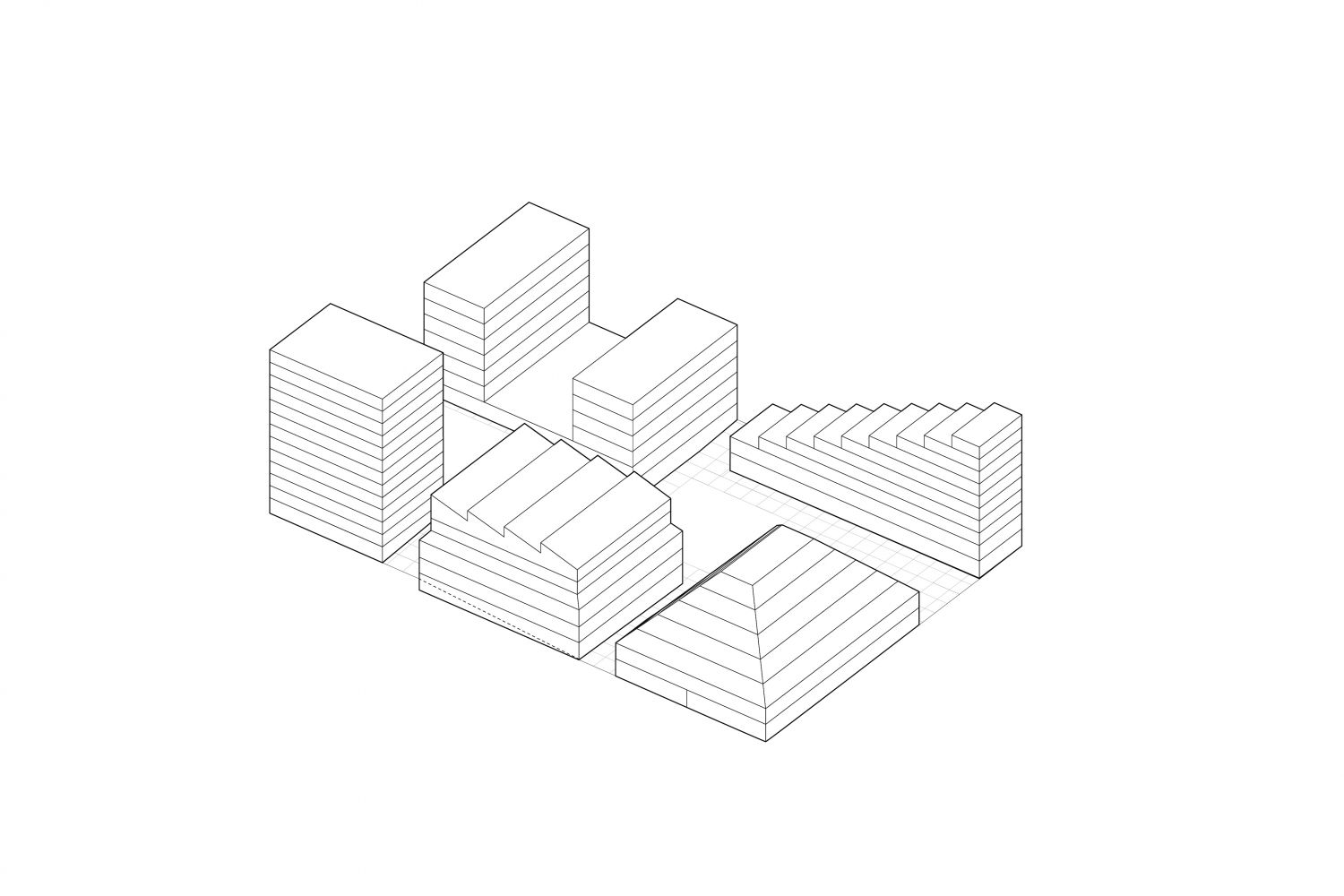 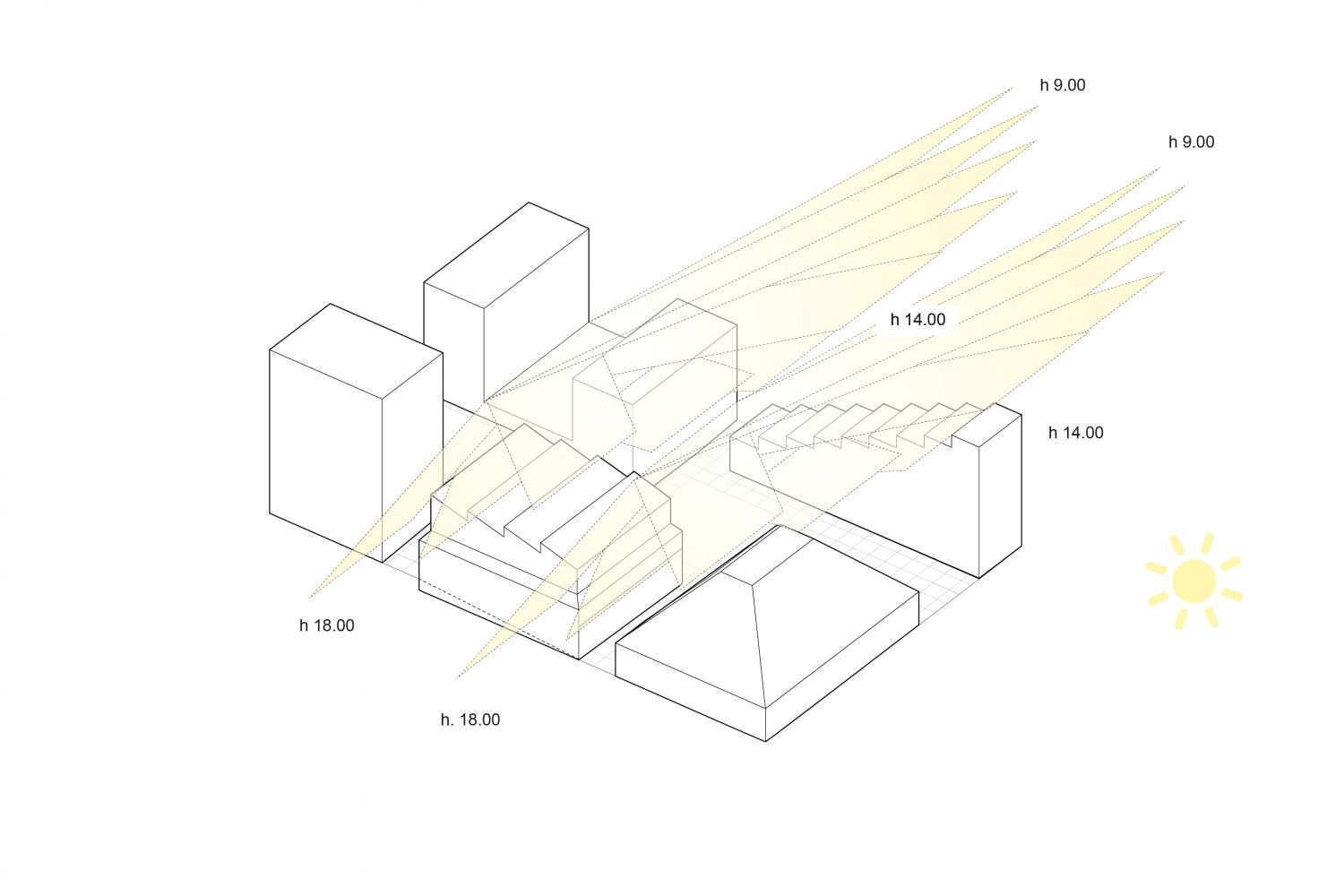 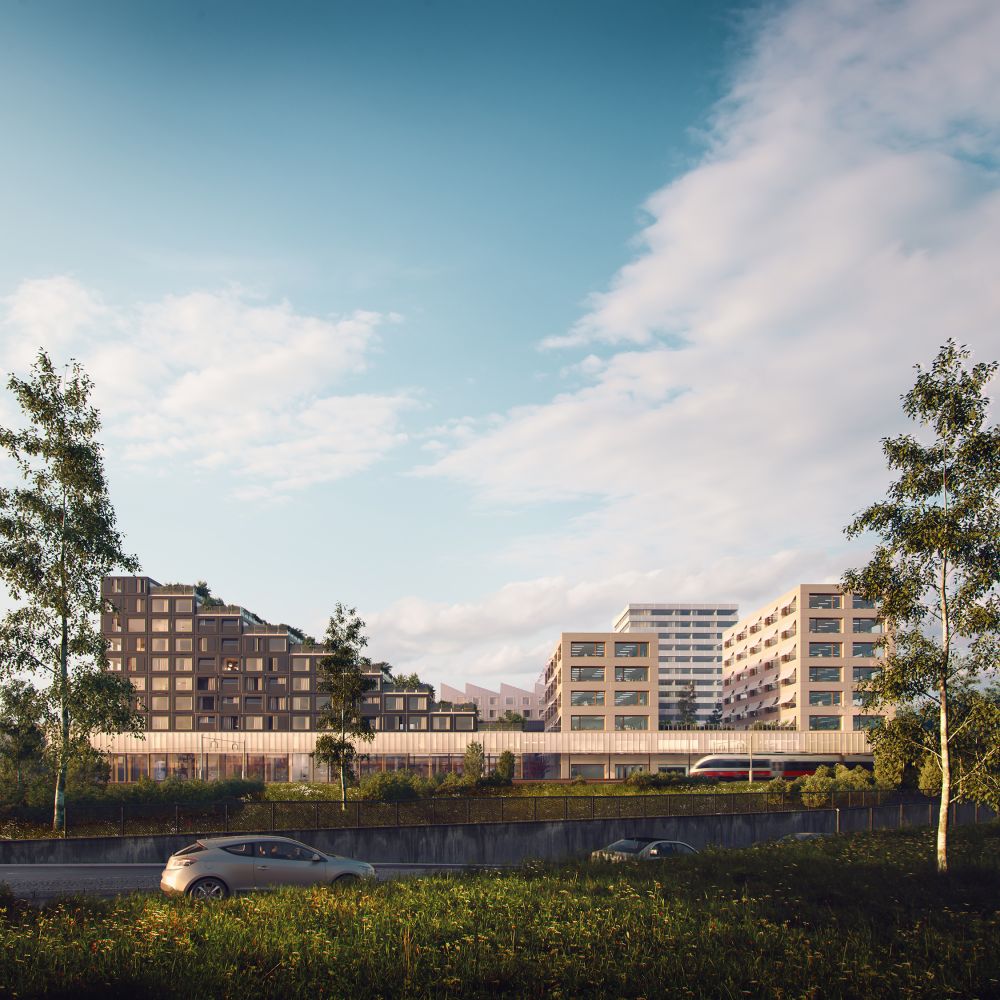 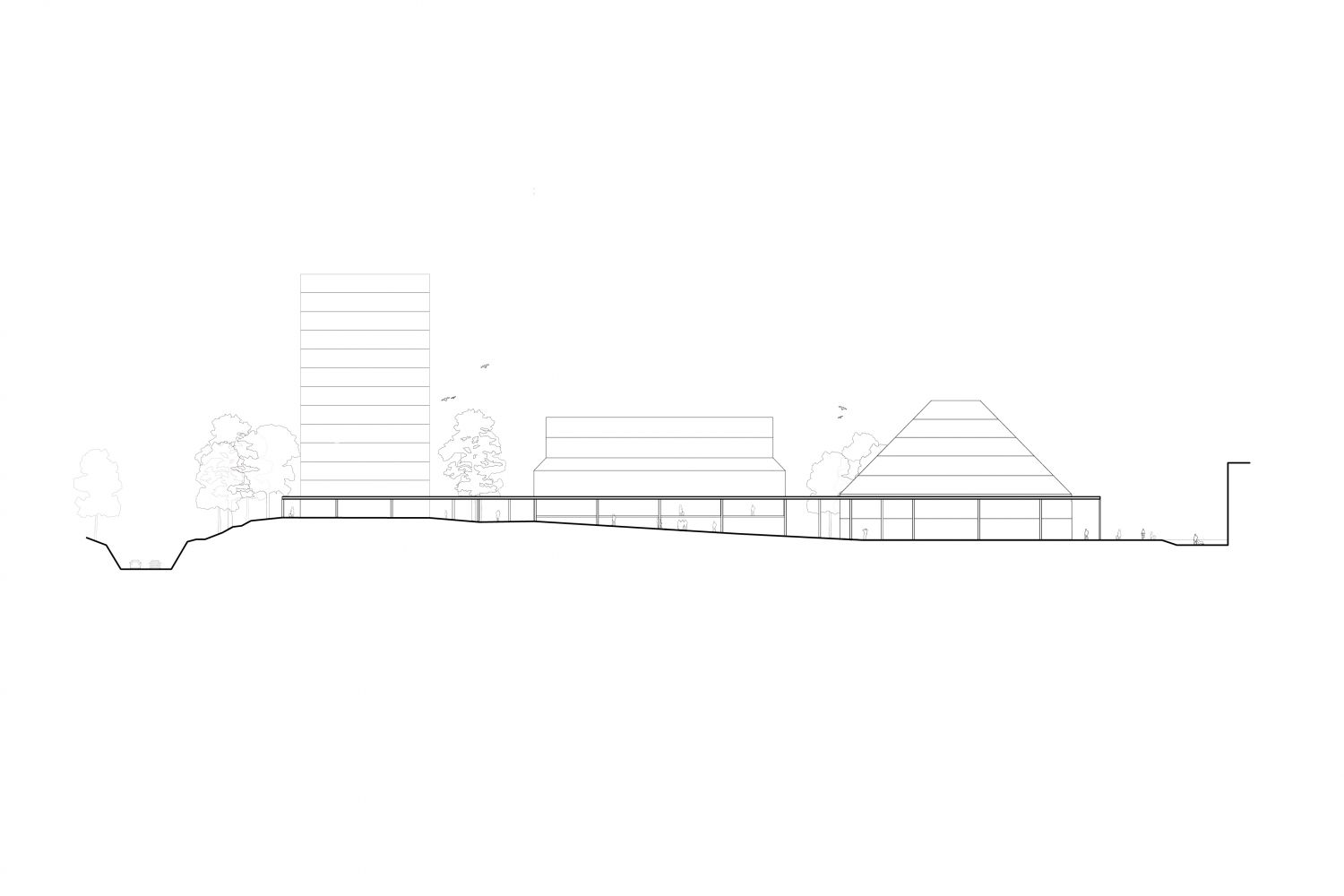 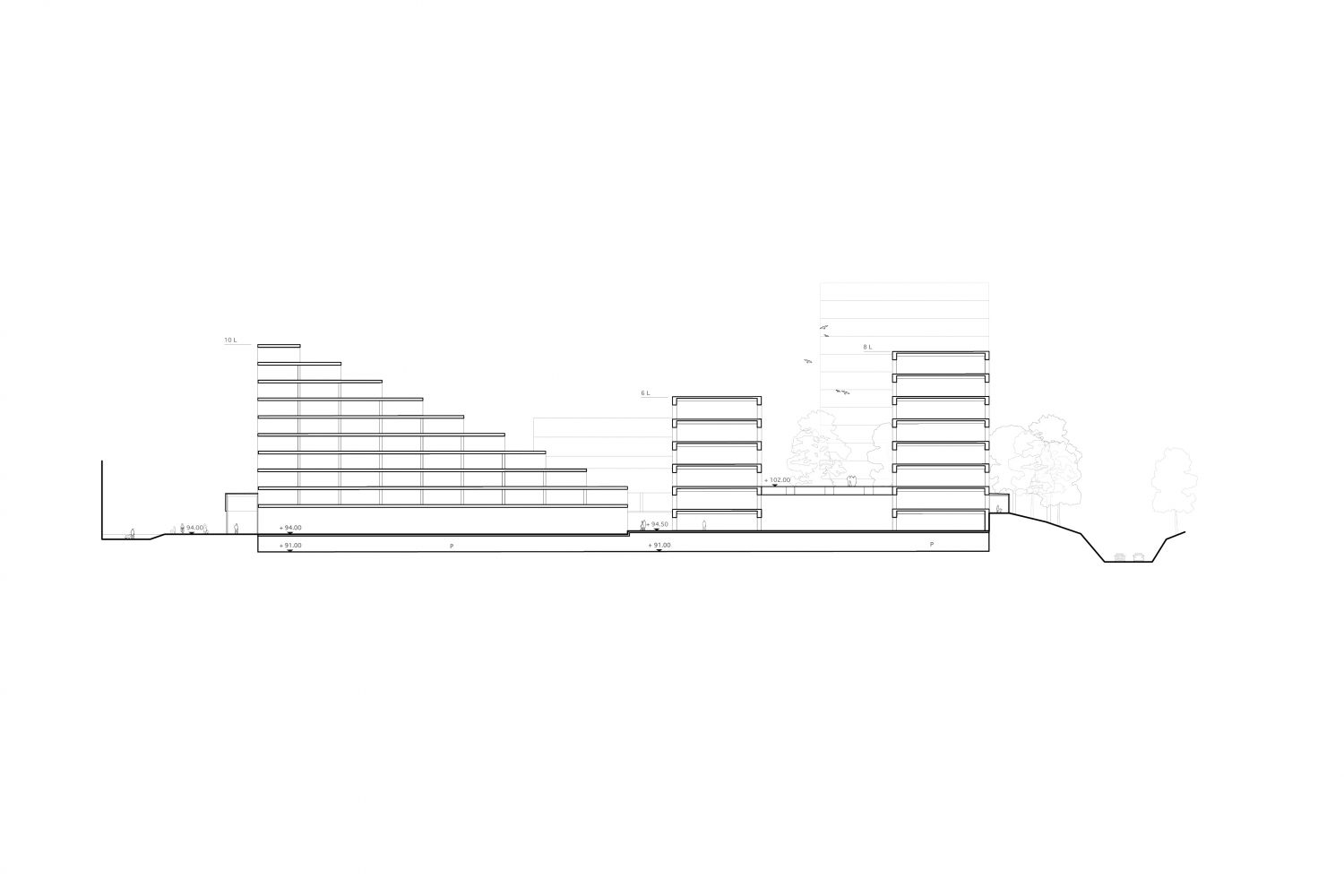 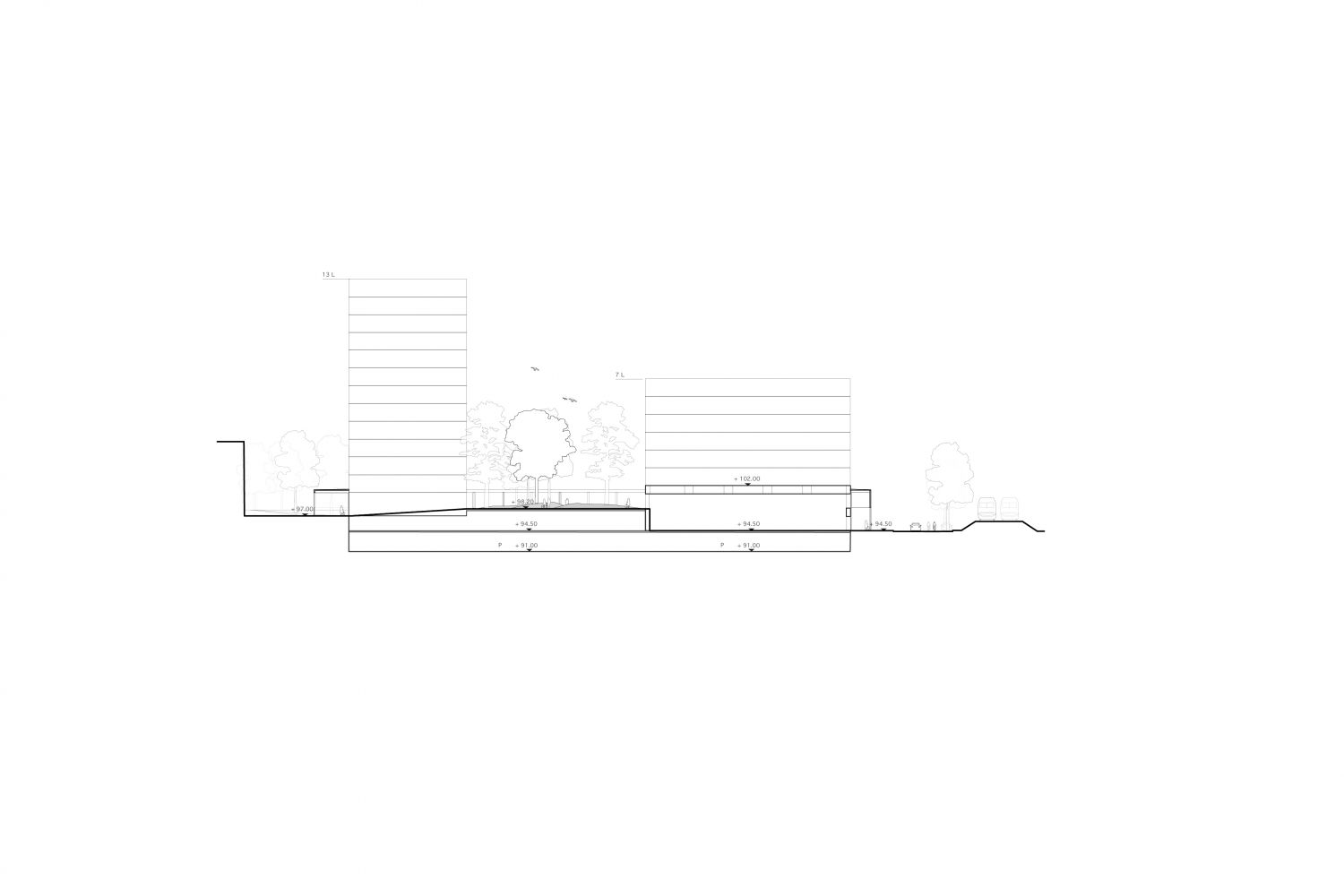 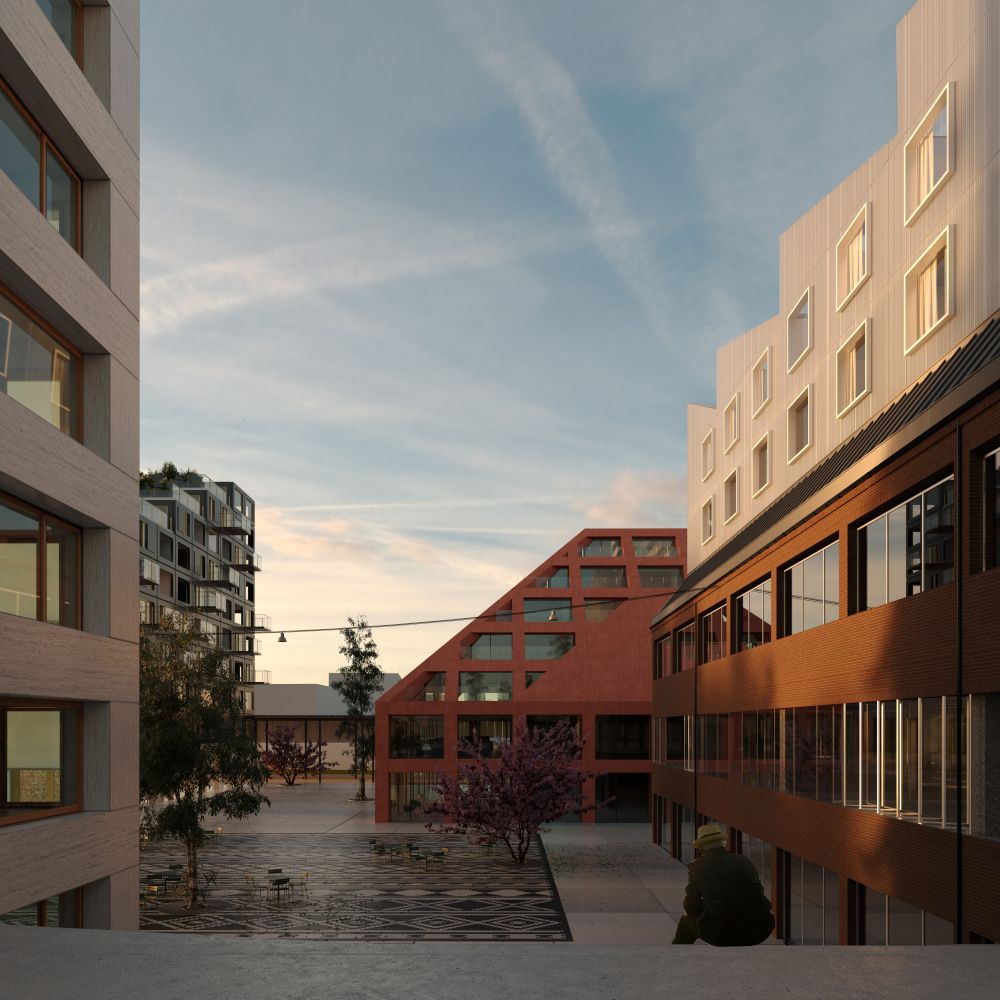 STRATEGY OF GROWTH
The growth of the Oslo region is activating energies and hopes as well as uncertainty and concerns regarding a transformation that seems radical and inevitable. The proposal ‘En, to, tre...rødt lys!’ is based on the conviction that architecture has the power to frame changes through space and over time. Rather than being subjected to the volatile desires of the market, architecture can be used as a device to define an open field of possibilities.

OBJECTS ON THE FIELD
The project starts from a careful reading of the territory of Ås, investigating the peculiar relationship between nature, the agricultural landscape and the urbanisation. Going beyond the generic classification as sprawl, we recognised the quality of Ås territory as being constituted by ‘objects on the field’. Such a condition is the spatial result of a peculiar way to inhabit the region, based on active and deep relationships with the landscape in its productive and spiritual dimension.

FRAMING THE UNCERTAINTY
The project embraces the qualities of the existing territorial and cultural condition and, though few but precise strategic choices, defines a strategy to formalise them in architectural devices. An enclosure defines a space with a new civic dimension, within which the density can vary: objects of various form, size, program and duration can be added and removed within the frame to respond to the changes of the economic, social and political conditions.

OPEN FIELD OF POSSIBILITIES
The framing of the existing objects on the field allows outlines a new urban arena and fosters the transformation of the existing buildings. Within a scenario of city growth, the site develops further, increasing its density in terms of building mass and program. The new buildings intensify the activities on the site and offer a wide range of housing typologies together with retail spaces on the ground floor.

URBAN ARENA
Defining the field of growth through the enclosure allows the space to acquire a distinct symbolic meaning and value. Along with the insertion of new architectural objects, the framed open space will undergo a further transformation: from being a rather informal space, both in character and activities, the area will become a proper civic square that could combine a representative quality with a degree of flexibility. The uniform and isotropic nature of the ground will perform as a stage for temporary activities and as a place of collective gatherings and public events.

JURY REMARKS
"This entry is an intelligent approach to a complex site. The proposal has managed to frame the development, and it shows awareness that urban planning today is not only about designing and controlling but about reacting and adapting to the unpredictable future. This notion is materialised with a literal portico that embraces an open field of possibilities. This strong gesture of framing creates a new civic dimension and identifies the space of future development. It also contains a poetic interpretation of the idea of paradise, a fenced garden."