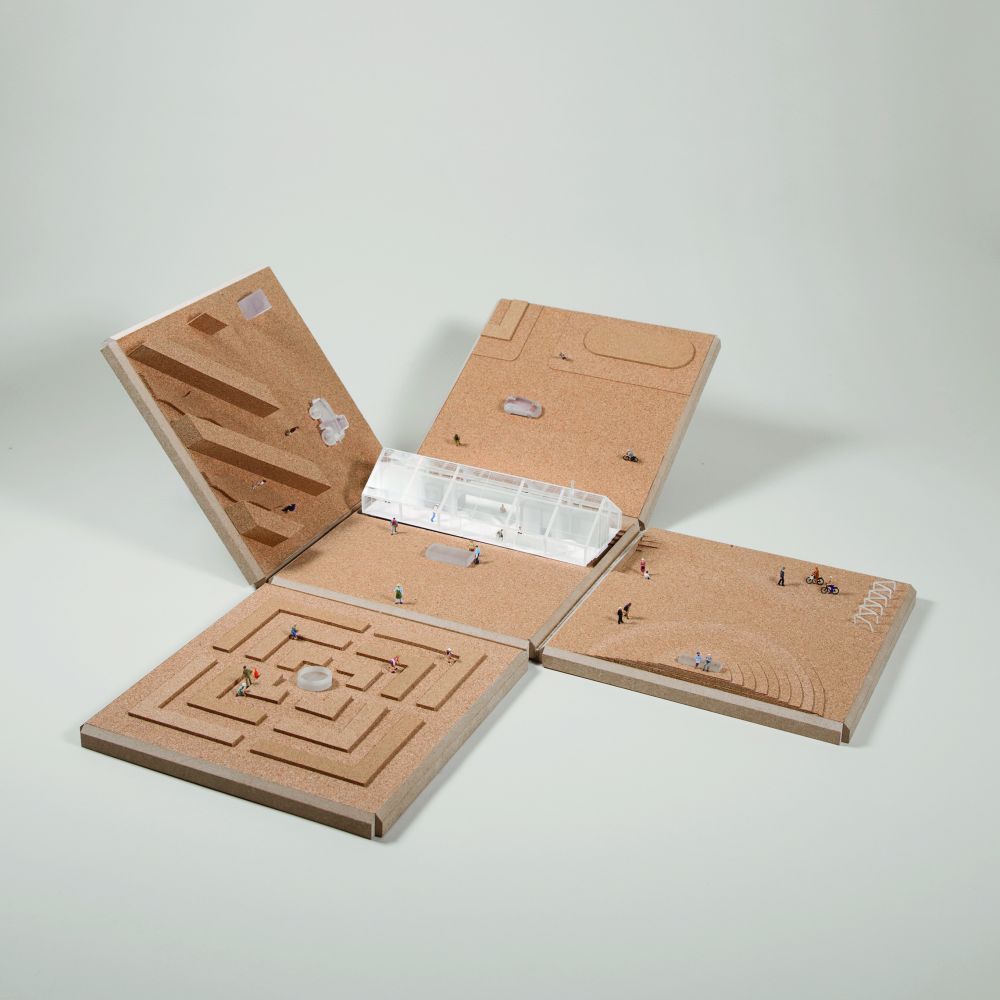 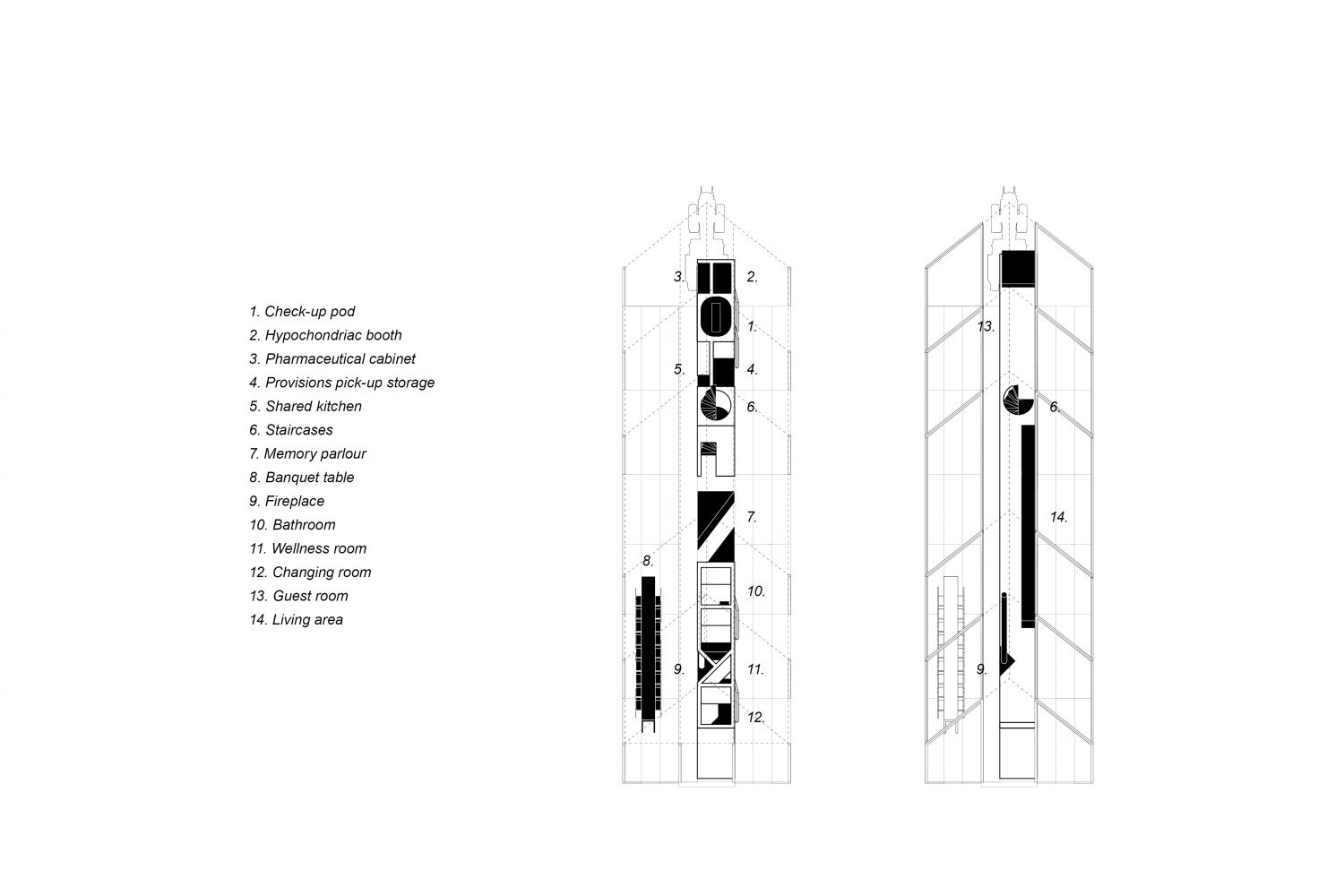 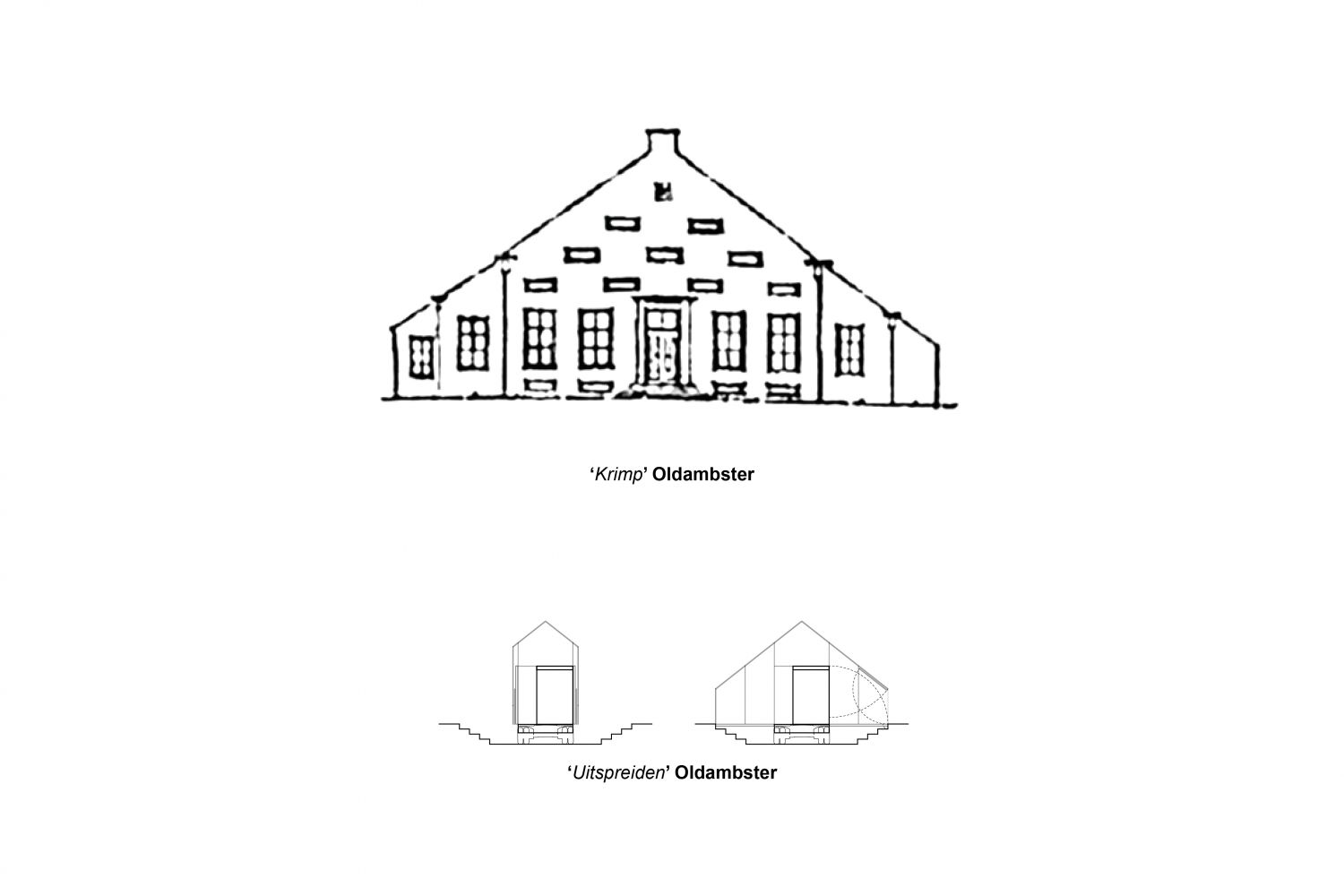 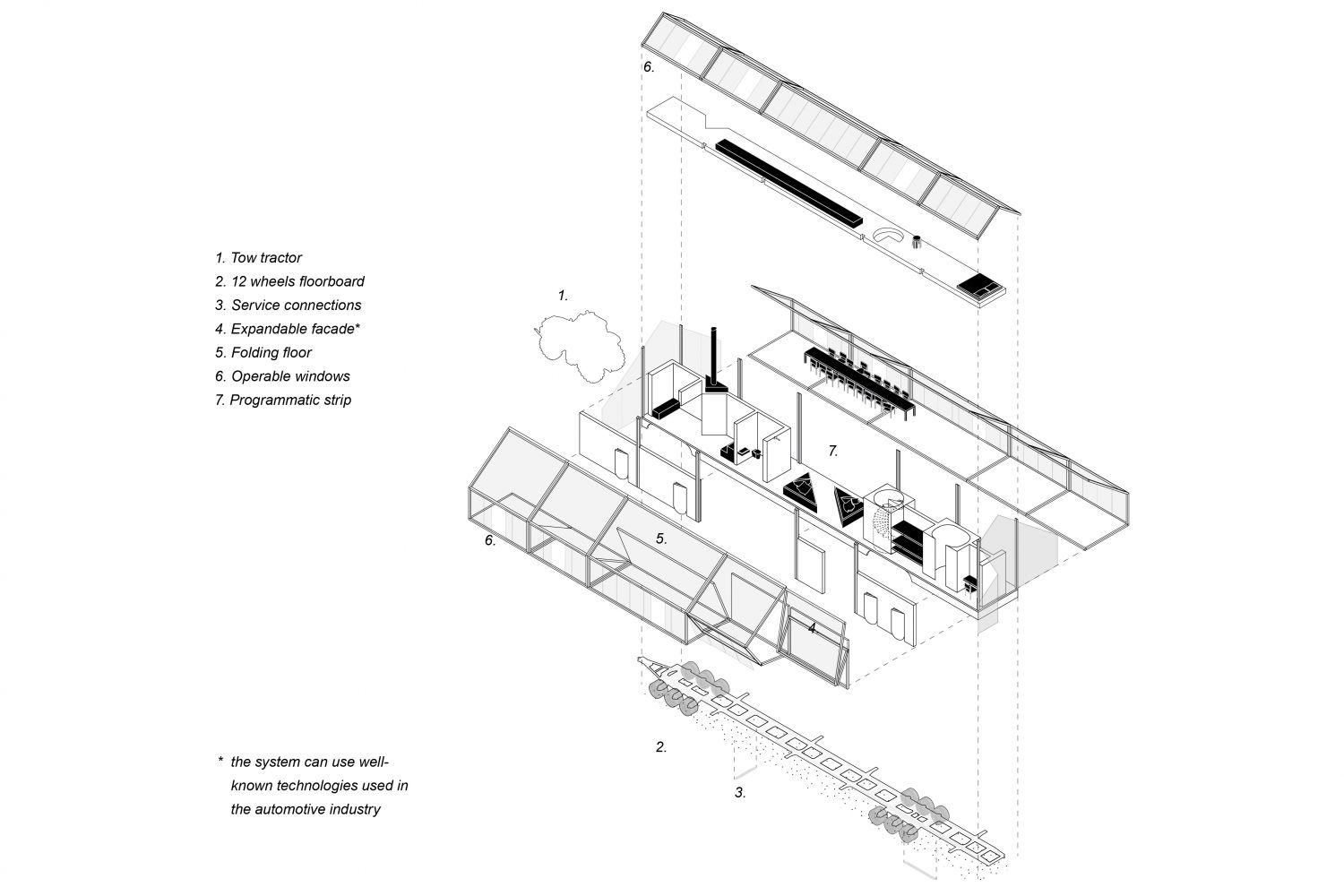 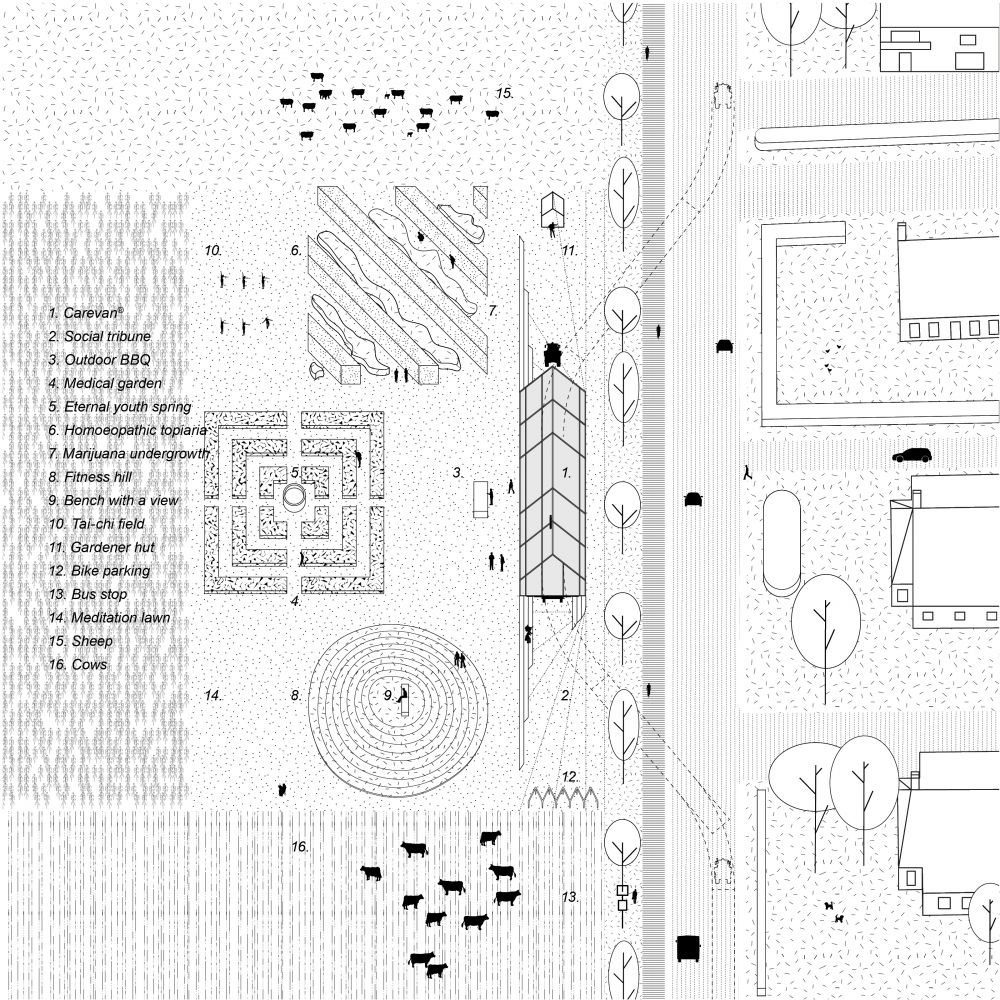 CARING RATHER THAN SHRINKING
The combination of demographic decline and young people moving away towards high-pressure areas exacerbates issues surrounding an ageing community in the low-pressure areas. The predicted decline of the active population able to be caregivers and the increase of single-person households limits the possibility of mutual care and increases the pressure on support facilities. In these conditions, an ageing population leads to new challenges that are more urgent in this territory and have significant consequences on how care should be organised in the coming decades.

CAREVAN® ALONG THE CAREBELT
This pilot project combines the interest of the local communities and the need of the several institutions (Ministry of Health, municipality of Oldambt, province of Groningen, hospitals, private care organisations) to provide a tool for the care of the ageing population in the countryside. Carevan® is a new typology that deals with the unpredictability of this territory in a state of transition, while still providing a permanent strategy to engage with it. Carevan® is a mobile device that supplies monitoring and care services along the ‘carebelt’. This temporary architecture travels according to an established schedule to imprint new habits in the population. The sides of the Carevan® unfold and create a familiar barn shape reminiscent of the local farms: from krimpen—‘shrining‘ to uitspreiden—‘expanding‘ Oldambster typology.

CARE BEYOND MEDICALISATION
Inside the Carevan®, a mix of high-tech devices and primordial architectural elements are combined to provide an environment, simultaneously highly specialised and generic enough, to allow spontaneous forms of appropriation. A strip of programs engages with the concern and worries of senior citizens. It stimulates synergies and ultimately creates new habits that expand the concept of caring from strictly medical to social.

GARDENING AND CARE AS DISCIPLINE
A groove adjacent to the road network defines the space for the Carevan®. Around it, a garden flourishes, like in the typical Oldambster farms. The garden marks the area of encounter in the countryside. When the Carevan® is travelling to other locations, the groove becomes a tribune inviting people to sit and discuss the compelling subjects for the territory and increase their political awareness. A series of episodes in the landscape embodies and symbolises the need of care for the region and resonate with the topic of ageing. The medicinal garden provides alternative treatments. The eternal youth spring supplies irrigation water. Under the shadow of the homoeopathic topiaria, the marijuana undergrowth is available to ease age-old ills. The fitness hill challenges the elderly to be physically active. Their effort is rewarded by a bench with a view.

RITUALS AND ECONOMY OF CARE
Carevan® aims to reinforce the feeble forces present in low-pressure areas rather than introducing external disruptive ones. It re-focus on the life of the local community, starting from the most basic daily routines. Carevan® is a micro public space that brings people together. It empowers the part of the population often set aside by creating a space of representation for the elderly and East Groningers. Carevan® is a scalable project and could be exported to other locations. This model for ageing in the serene human-made nature of the Dollard polders can also eventually attract people back, possibly closing the emigration cycle towards the high-pressure areas.